Today, Pančevo Oil Refinery officially commissioned a deep processing unit featuring delayed coking technology – a project worth more than EUR 300 million. The construction of the new production complex in collaboration with the leading shareholders, the Russian company Gazprom Neft and the government of the Republic of Serbia, demonstrates NIS’s continued commitment to modernisation of the Pancevo Refinery and its efforts to improve the quality of work processes, products and services. 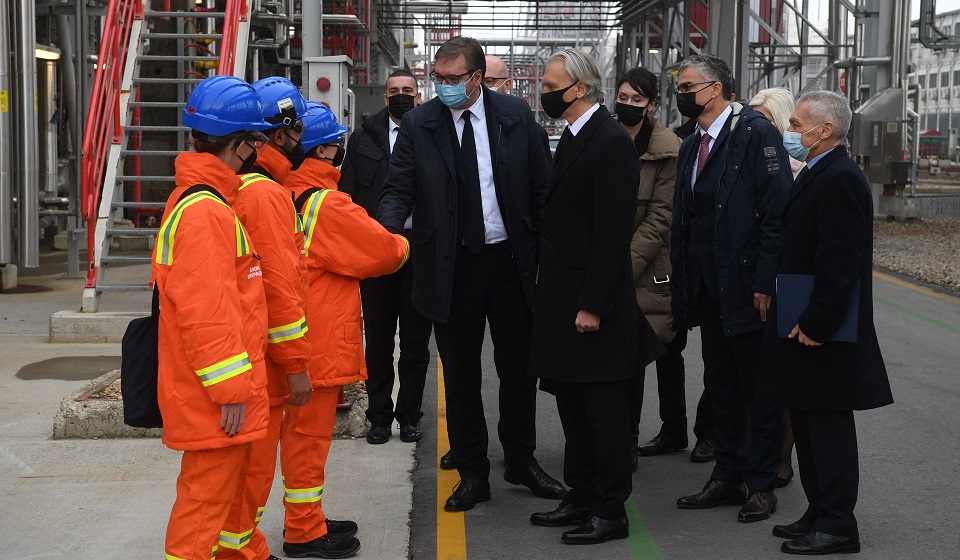 The ceremony at the Pančevo Oil Refinery was attended by Aleksandar Vučić, President of the Republic of Serbia, Aleksandar Botsan Kharchenko, Ambassador of the Russian Federation to Serbia, Zorana Mihajlović, Deputy Prime Minister and Minister of Mining and Energy of the Republic of Serbia, Alexander Dyukov, Chairman of the Management Board of Gazprom Neft, Kirill Tyurdenev, CEO of NIS, representatives of the Government of Serbia and local self-government units and other officials.

The Bottom of the Barrel Project will bring numerous environmental, business and other benefits to NIS, the Republic of Serbia and its citizens. The new complex will ensure optimal utilisation of the capacities of the Pančevo Oil Refinery and an increase in the depth of refining to 99.2 per cent (up from 86 per cent in 2017), which makes it one of the world’s best refineries when ranked according to this indicator. This implies increased output of high-quality fuels – diesel, gasoline and liquid petroleum gas, as well as the start of production of petroleum coke, a product that has so far been imported into our country. The fact that mazut with a high sulphur content ceases to be produced will bring significant environmental benefits. On the other hand, this project will reinforce the role of NIS as a leader in the domestic market and improve its competitiveness in the regional petroleum products market. The new unit provided 63 jobs, while domestic contractors accounted for 80% of the workforce engaged during the construction of this complex. 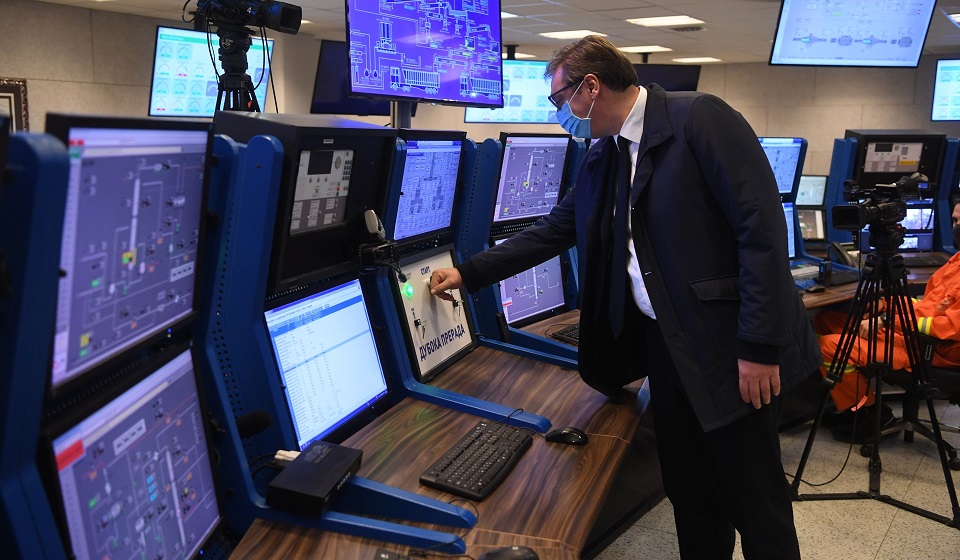 Nothing in the former Yugoslavia can compare to this plant in Pančevo, said Serbian President Aleksandar Vučić.

Vučić emphasised that as of today Serbia is richer for one of the most modern refineries in the region and the area larger than the former Yugoslavia.

„Nothing in the former Yugoslavia can compare to what we now have in Pančevo. The choice was made to apply the most modern approach to all aspects of this project, including digitalisation”, Vučić pointed out.

As he put it, when the furnace, after heating up to the temperature of 504 degrees, operates at full capacity and can barely be heard, it means it generates no noise. In addition, environmental protection was considered and made a priority, so there will be significantly less dust and harmful particles and as much as 98% less sulfur dioxide and sulfur compounds than has been the case so far.

Vučić also recalled that three years ago, when the foundation stone was laid, he had little faith that all of it could be accomplished with success. 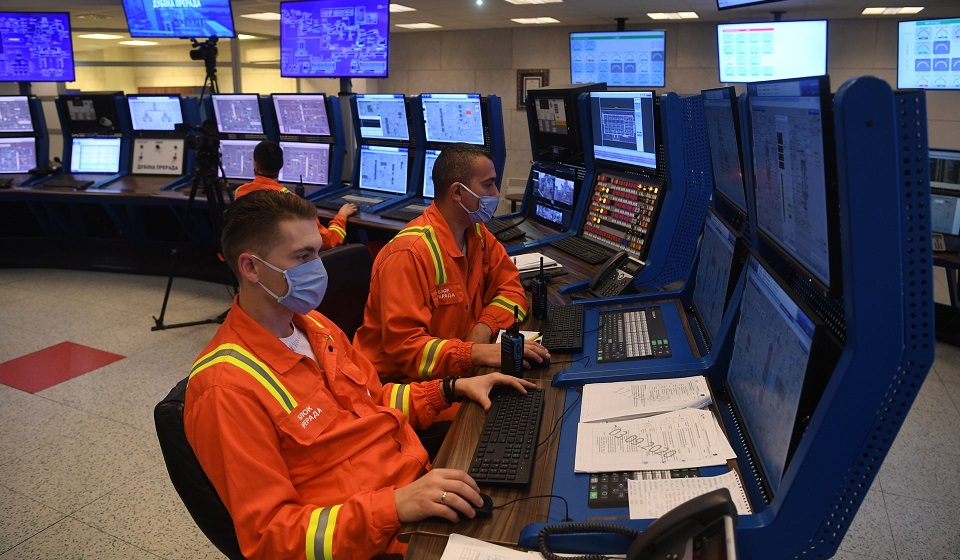 „But luckily, the people who built this wonderful 96 meters tall structure and provided these fascinating 200-ton furnaces, had a lot more faith and knowledge than I did and, as a result, made it into a state-of-the-art plant” Vučić noted at the opening of the plant whose construction began three years ago.

The new facility and the modernisation of the Refinery are important because, according to him, it will help improve NIS’s position on the market, among other things. He claimed it to be a great day for Serbia, but also for further improving the relationship between Serbia and Russia and inspiring even greater mutual trust and closeness between the two countries.

„This does not only testify to our brotherly relationship, which no one has ever doubted, but also to the joint effectiveness, good work and results,” Vučić said. 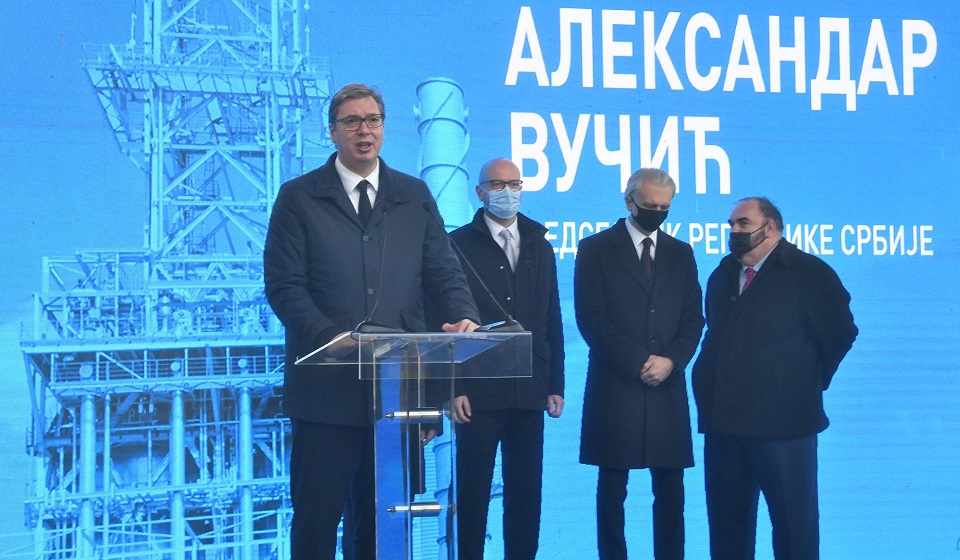 The president pointed out that the most important thing now is that Pančevo will produce 40% more diesel, 2% more gasoline and 7% more LPG at Euro 5 quality. This will give NIS a competitive edge in the market and trigger its further growth, but also result in higher payments to the Serbian budget.

„The importance of this plant for the entire country is immense and goes to show that what once was utterly destroyed in 1999 can rise like a phoenix from the ashes, thanks to investments amounting to 330m euros.” 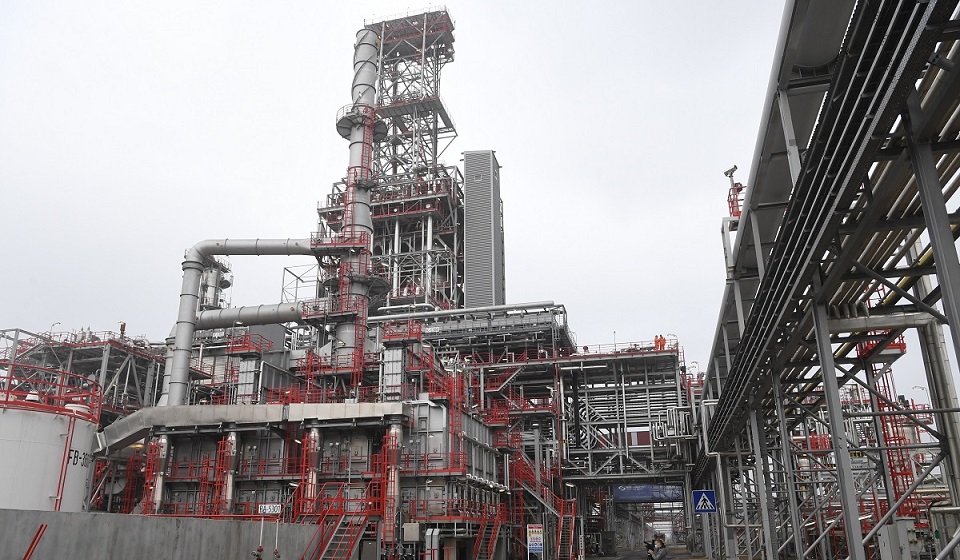 The Deep Processing Unit of the Pančevo Oil Refinery, which is commissioned today, will improve the oil refining depth to 99 per cent, reduce pollution and improve the market position of both Serbia and NIS, said President of the Managing Board of Gazprom Neft, Alexander Dyukov.

He recalled that in the autumn of 2017 they announced the start of the construction of the Deep Processing Unit in Pančevo and that now, three years later, this work is completed with success.

„This project is vital for the Pančevo Oil Refinery and the NIS company overall. The commissioning of the deep processing unit will improve the depth of refining to 99 per cent, placing it in the ranks of the highest quality plants of its kind around the globe, ”Dyukov said. He added that the project complies with environmental standards prescribed by the Energy Community.

Dyukov emphasized that this project does not mark the end of the active growth of NIS as a whole and its petroleum processing, instead, it’s growth will be continued, he added, with the development of the petrol station network as well. It is announced that next year NIS and Gazprom will complete the Pančevo Combined Heat and Power (CHP) plant project.

„The continuous development of NIS is another example that the Russian and Serbian brotherly nations can be good and efficient partners as well”, Dyukov said.

“The timing of the launch of this powerful plant marks a big leap into a new era of our business. Capital investments, modernisation and digitalisation remain at the core of our business strategy, but also part of our reality that helps us improve some of the most important segments of our business. Deep processing is not just a matter of new technology. It is a matter of the new position in the industry and the market, Company’s new reference, a matter of new standards. The same raw materials now produce more valuable derivatives, now we manufacture coke which so far could only be imported, while simultaneously protecting the environment. It is a huge benefit for our business, employees, consumers and the entire community. Deep processing unit represents the materialisation of our vision of NIS as always being an innovative leader, our mission to be a reliable partner to the government, the community and citizens, and our motto to make the future happen. ”

Russian Ambassador to Serbia Alexander Botsan-Kharchenko said that there are countless sectors in which Serbia and Russia base their partnership, but the leading sector of that partnership is the energy system.

The Ambassador pointed out that he is not aware of any energy company in the region and Europe which, in the presence of the pandemic and unfavourable market circumstances, continues to develop and complete the most important projects as is the case with NIS.

„There are countless sectors in which Serbia and Russia base their partnership, but the leading sector of that partnership is the energy system,” the Ambassador said, adding that any form of cooperation between the two countries would not be possible without good relationship in politics.

„NIS remains our major common business under the framework of this cooperation and it today’s event testifies to that,” the ambassador underlined.