NIS group results in the first quarter of 2020

Stable supply in the market maintained despite challenging circumstances, RSD 7.7 billion invested in the first quarter

The NIS Group’s operations in the first quarter of 2020 were strongly affected by adverse macroeconomic trends. The dramatic fall in oil prices on the global market and the fall in demand for oil and petroleum products in the context of the Covid-19 infection and virus pandemic had a decisive impact on the financial performance of the NIS Group in this reporting period. Thus, the average value of Brent oil in the first quarter of this year was US$ 50.3, which is 20 percent less than the average value noted in the same period of 2019, while the values of this type of oil were almost constantly below US$ 30 per barrel in the second half of March.

It is particularly important to emphasize that, even in these challenging circumstances, NIS Group realized a significant investment portfolio in the amount of RSD 7.7 billion and thereby continued its investment in growth and modernization. The largest amount was invested in oil and gas production and refining projects. In addition, in the milieu of combating the spread of COVID-19, NIS managed to secure stable supply on the domestic market of petroleum products, recognizing that the health of employees, external associates and consumers are an indisputable priority in this situation.

When it comes to operational indicators, NIS achieved good results despite adverse circumstances. In the period January-March, NIS produced 319 thousand tons of conditional oil and gas. The Pancevo Oil Refinery refined 860 thousand tons of crude oil, which is 44 percent more than in the previous year. The total volume of petroleum products turnover amounted to 778 thousand tons, which is 7 percent more than in the first quarter of the last year. An export growth of 63 percent was also recorded. Apart from these results, NIS launched new digital project – its Drive.Go mobile application that provides the ability of paying for fuel at NIS Petrol and GAZPROM petrol stations without entering the sales facility. At the same time, the use of the application in these circumstances contributes to the protection and preservation of the health of employees and consumers. In addition, NIS managed to keep EBITDA at a positive level, even though it amounted to RSD 5.2 billion for the first three months of 2020, which is 18 percent less than the result achieved last year, while a net loss of RSD 1.1 billion was recorded.  The NIS Group’s liabilities for taxes and other public revenues for the first quarter amounted to RSD 39.9 billion. 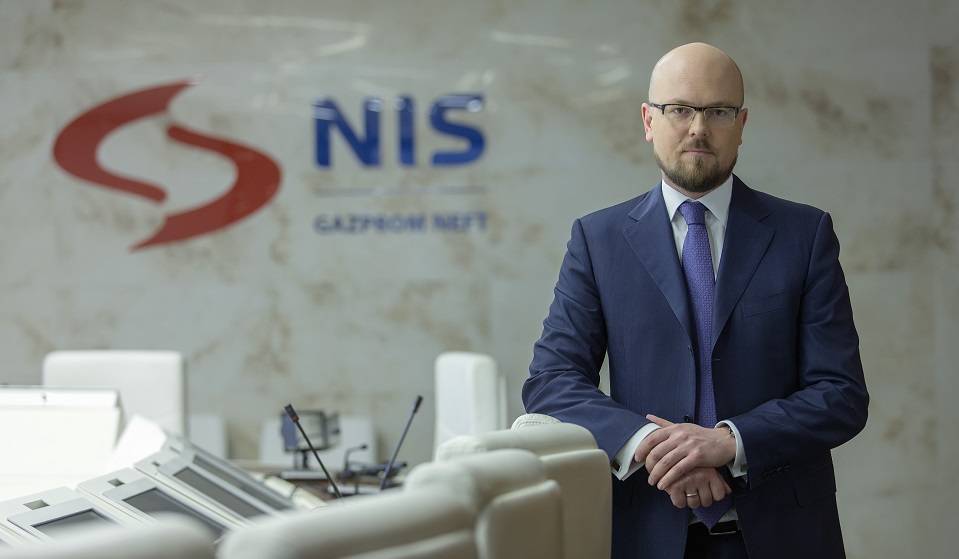 Kirill Tyurdenev, the CEO of NIS, was quoted as saying:

“I would like to thank all NIS employees who, in challenging times, in addition to caring for their own and the health of their families, have contributed, through their dedicated work, to maintaining the stable production, refining and distribution of petroleum products. Our results in this quarter are the effect of circumstances that we could not influence. However, we are already making significant strides that will positively affect our performance over the course of the year. We will focus on measures to increase business efficiency and reduce costs in all areas that are not essential to the functioning of the business. In addition, we will not give up investing in key development projects that will bring us the most benefit in the future. Only in this way we will be able to maintain stability in the domestic market and continue to create value for our shareholders and employees, as well as for the wider community. “