A Decade Of Gasprom Neft Operations in Serbia

The ceremony marking 10 years of Russian oil giant, Gasprom Neft, in Serbia, the majority shareholder of NIS, was held tonight at the Guard House in Belgrade.

Welcoming the guests, Kirill Tyurdenev, NIS CEO, said that the past decade was marked by significant investment in NIS and the continued company development. 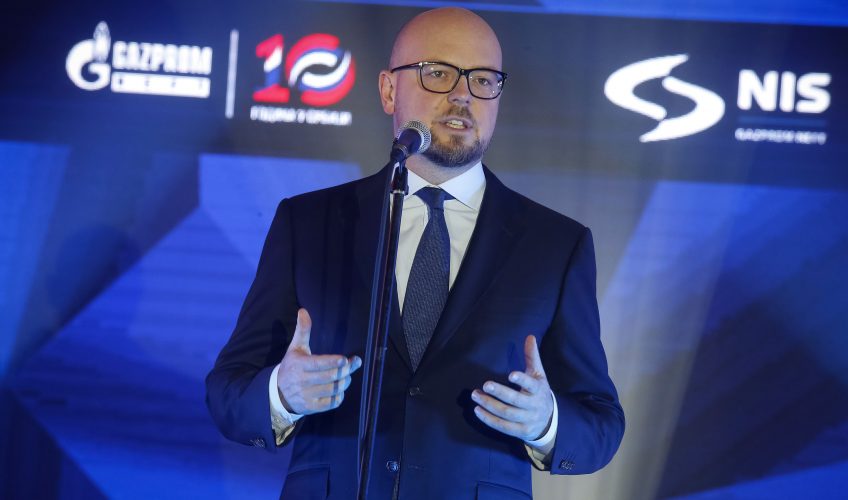 “All this would not be possible without the most important thing, the cooperation between the Republic of Serbia and Gazprom Neft, which made it possible to achieve all this. Gasprom Neft has brought in new technologies, eminent experts, while the Republic of Serbia, through its line ministries and departments, has always supported NIS and continues to do so. Thanks to this, we have achieved success in these 10 years. Let’s continue our successful collaboration and look to the future with confidence. We have ambitious goals and tasks ahead of us, and we will achieve them”, said Tyurdenev. 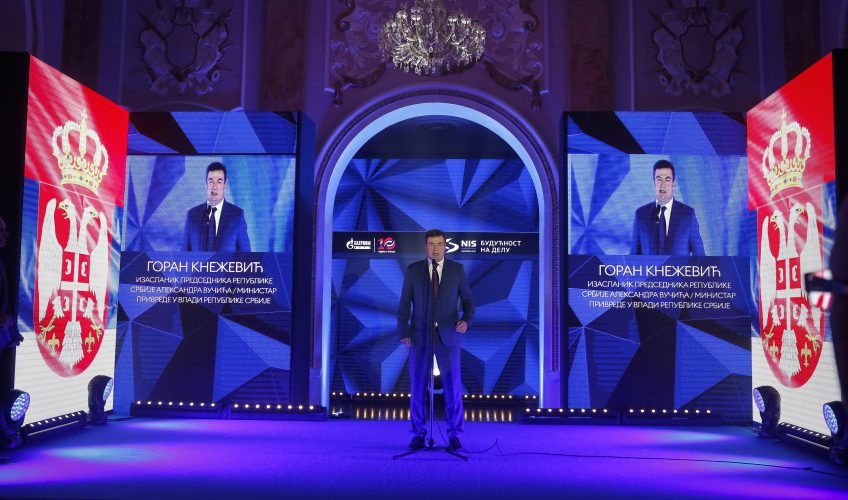 The envoy of the President of the Republic, Aleksandar Vučić, the Minister of Economy in the Government of Serbia, Goran Knežević, passed the best wishes of the President of the Republic for the future of NIS and Serbia. Knežević added that Serbia’s economy is growing year after year, that foreign direct investment in our country is growing, that Serbia has a budget surplus for the third consecutive year and that unemployment has dropped to below 10 percent.

“One of the strongest and most important links in this success chain is NIS. I would also like to thank the NIS management and all NIS employees for all that they have done in the past 10 years. Also, I want to congratulate them on the results they achieved in 2019 and wish them even better results in the coming year, which we can achieve. We want even better, stronger and faster results”, Knežević said. 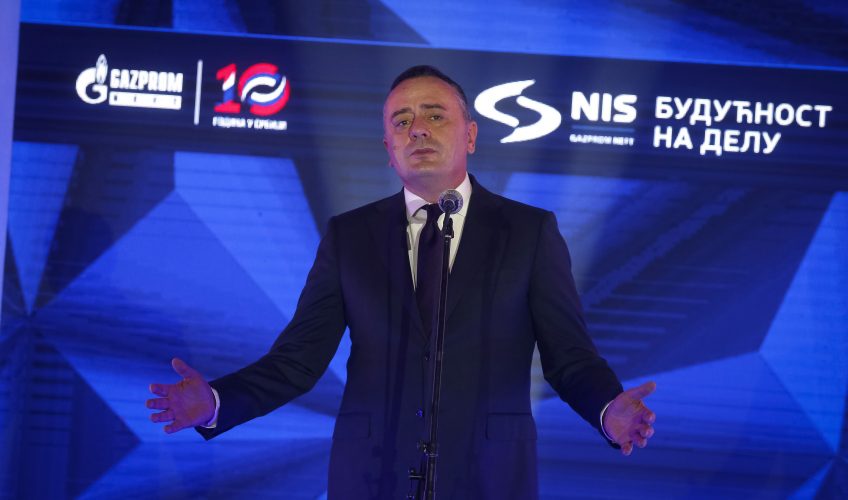 The Minister of Mining and Energy of the Government of Serbia, Aleksandar Antić, thanked Gazprom Neft for the successful partnership and stated that NIS is today a company with an ambitious Development Strategy agreed upon by shareholders, and must continue with ambitious investment.

“For ten years we have been fighting for NIS together. I think we can all say today with great pride that NIS has fulfilled our expectations, that it is a strong company, a leader in its field in this part of Europe. It is a company that in the past, with big investment, sustainable development, environmental and community care, has proven to be a business adapted to people, and a strong driver of social responsibility in the business system”, said Antić. 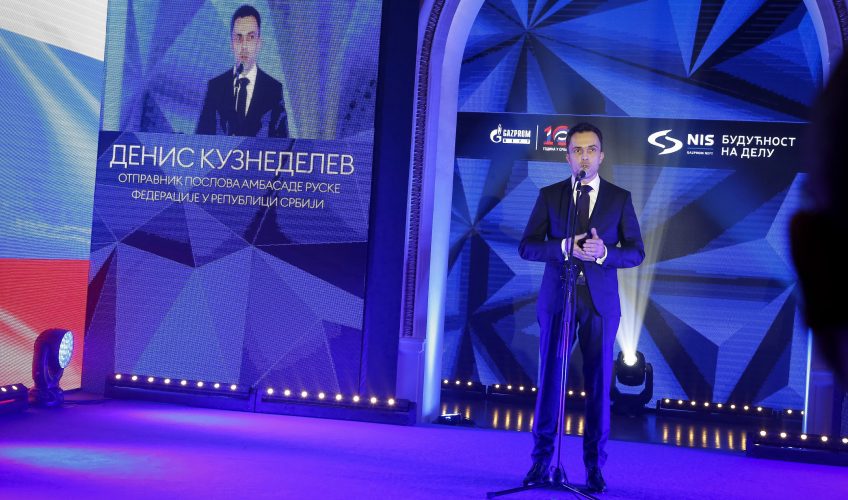 The envoy of the Russian Federation Embassy in the Republic of Serbia, Denis Kuznedelev, said that the good results of NIS are a reflection of the successful cooperation between the two countries in the field of energy.

“Today, NIS is in the group of several leading companies in Serbia, vital to the Serbian economy. That result is the result of an effective blend of Serbia’s economic potential, the potential of highly educated and capable Serbian workers who devote all their efforts working for the country and new energy, new ideas, modernization and new technologies, the big investment made by Gazprom Neft”, said Kuznedelev.

Over the past decade, thanks to a strategic partnership with the Republic of Serbia, NIS has been transformed from a local oil and gas company into one of the leading energy systems in Southeastern Europe, employing over 11,000 workers in Serbia and neighboring countries. More than 3 billion euros were invested in NIS’ development in the period since 2009.

Since Gazprom Neft’s arrival, oil and gas production has increased by more than 30 percent. In addition to Serbia, NIS conducts oil and gas exploration in Romania and Bosnia and Herzegovina.

The oil refinery in Pančevo is one of the most modern in this part of Europe, with more than 500 million euros invested in the first phase of modernization. Pančevo produces European quality standard fuels, which NIS supplies to the regional and domestic markets.

In Serbia and the countries of the region NIS operates a network of more than 400 filling stations, 20 percent of which are outside the country’s borders. Thanks to the constant quality improvement of products and services, the company’s retail brands, NIS Petrol and GAZPROM, have become synonymous with quality, as confirmed by numerous awards.

NIS’s business has become diverse in the field of electricity generation by opening small gas power plants in oil and gas fields in Serbia. Around 20 million euros has been invested in this segment. In addition to Serbia, NIS holds a license for electricity trading in Montenegro, Romania, BiH, Slovenia and Hungary.

Further development of NIS is defined by the Corporate Development Strategy, with plans to invest another 1.4 billion euros in all business segments by 2025.

NIS and Gazprom Neft are among the leading social investors in Serbia. Over the past ten years, NIS has invested more than 30 million euros in socially responsible projects, which focus on supporting young people in our country. The key programs are Together for the Community, through which the company cooperates with local communities across Serbia, and Energy of Knowledge, through which it cooperates with national and international educational and scientific institutions.

Since 2009, Gazprom Neft has invested more than 45 million euros in socially responsible projects. The key projects include: mosaic decoration of the dome interior and altar of St. Sava Temple in Belgrade, support for the Red Star Football Club, Kustendorf CLASSIC Festival of Russian Music in collaboration with director Emir Kusturica, and reconstruction of the Russian Necropolis at the New Cemetery in Belgrade.