For the third year in a row, the children’s camp “Serbia is Calling You” brought together the children living in the Serbian enclaves in Kosovo and Metohija, the region and the diaspora, who, in addition to daily sports activities, had the opportunity to learn about the history of Serbia, its tradition and mutual connections. This year as well NIS supported the implementation of the camp activity, being held from 1 to 11 August at the “Patrijarh Pavle” Secondary School Student Dormitory in Belgrade and organized by the “Sportstars” Association.

The participants in the camp were visited by Branko Ružić, First Deputy Prime Minister of the Government of the Republic of Serbia and Minister of Education, Science and Technological Development, and Miloš Grbić, Deputy CEO of NIS.

During the visit Minister Ružić stated that the Ministry had great pleasure in supporting the camp activity, considering the great importance which sports have in the lives of children and young people.

“I am glad that the “Sportstars” Association launched this campaign three years ago in order to contribute to the improvement of sports and cooperation among young people”, Minister said and noted that this was a good opportunity for the students to enjoy sports activities, socializing and learning. 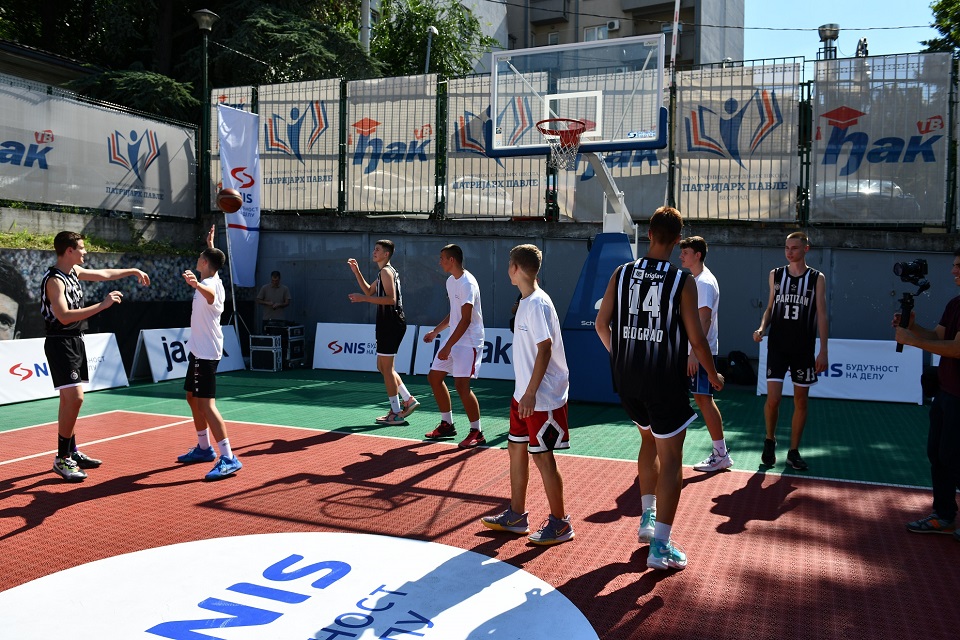 Miloš Grbić, Deputy CEO of NIS, stated that the number of this year’s participants showed the importance of the camp for children, but that it was also the best indicator for all those who support such events, showing that investing in young people is the way to build our future.

“This is a place where core values are nurtured and future champions are made, therefore, we are proud to be part of such a project. For years, through various socially responsible programmes, NIS has been investing in the community, and the focus of our socially responsible business is precisely on the support of young people and projects that contribute to their development,” Grbić said.

Željko Tanasković, Expert Coordinator of the volleyball camp, said that the goal of the camp was not only top sports, but also the engagement of children in any kind of physical activity.

“We will do our best to gather as many children as possible and give them a chance, in addition to the training sessions, to get acquainted with beauties of Belgrade and our entire country,” Tanasković added.

This year 200 participants aged 12-15 from the Serbian enclaves in Kosovo and Metohija, from Montenegro, Croatia, the Republic of Srpska, North Macedonia, Italy, France, Germany, Austria, Canada and Cyprus are taking part in the camp “Serbia is Calling You”.

Basketball, handball, football, volleyball and tennis training sessions are organized for children who are to be trained by top experts under the supervision of the coordinators, sports legends: Željko Tanasković, Nenad Peruničić, Milan Gurović, Bogdan Obradović and Milorad Kosanović.

In addition to two training sessions a day, the children will also have lessons in the Serbian language and history in order to get to know more about our culture, as well as organized visits to various institutions and the main tourist attractions of Belgrade.