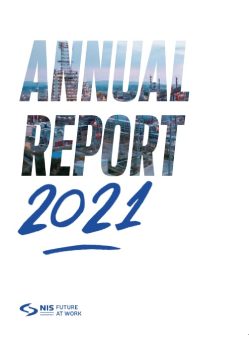 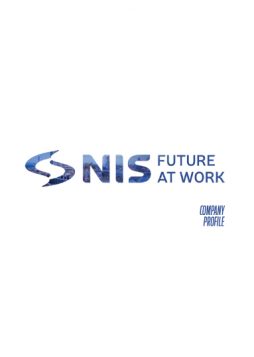 Its core business comprises exploration, extraction and refining of crude oil and natural gas, sales of a wide range of petroleum and gas products, as well as delivery of petrochemical and power generation projects. NIS Headquarters and its main production facilities are located in the Republic of Serbia: crude oil and gas fields, Refinery in the town of Pančevo in the vicinity of Belgrade, tank farms, as well as a refuelling stations network.

NIS also operated beyond Serbia, in the entire Balkans region. Its regional expansion comprises two main areas – exploration and extraction of crude oil and gas (in Romania and Bosnia-Herzegovina) and the development of a retail network (in Bulgaria, Bosnia-Herzegovina and Romania). A total of more than 400 NIS refuelling stations operate under two brands in the Balkans market – the mass, NIS Petrol and the premium brand: GAZPROM. Furthermore, NIS vigorously pursues electricity trade, not only in Serbia’s market, but also in the markets in Bosnia-Herzegovina, Montenegro, Romania, Slovenia and Hungary.

NIS seeks to set a standard for everyone in terms of business operations efficiency and sustainable development pace, while creating added value for its shareholders, employees and community, where it operates in quite a challenging environment.

NIS complements its business operations with numerous socially responsible projects in a quest to improve the living standards of the community, where it operates. Along these lines, NIS has a special focus on the young, being the driving force of the future development.

NIS is presently one of Serbia’s most successful companies, providing the largest portion of its state coffers.